To i tak optymistyczna data

Mr ZURKON is here to KILL

Kojima-san still hasn’t picked an engine for the game, but there are a couple of candidates.

Guillermo Del Toro is not involved in the game for now.
The mascot “Ludens” isn’t involved with the game.
The game will have a lot of action elements.
After a few hours of playing, players will realize that Death Stranding is a completely different game from what they have played before.
The setting is a secret.
Kojima-san wants people to speculate on what they saw in the trailer.
The main character’s name is still a secret.
It will take some time before we’re able to play the game.
Kojima-san explained the meaning of the title: You talk about “mass stranding” when there are a lot of whales or dolphins stranded on the beach. It’s called “live stranding” when they’re alive, and “dead stranding” when they’re dead. The meaning of the title is that something came from “some world” and is stranded. 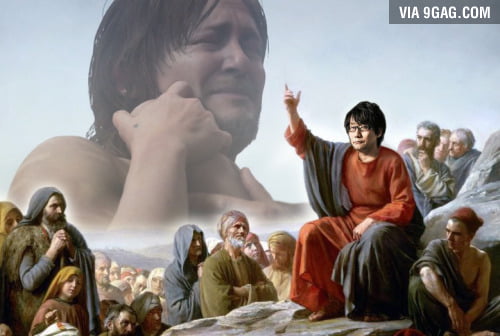 Gameblog: Why did you choose Sony as a partner for the first project of your new studio, Kojima Productions?

Hideo Kojima: I'll admit I received numerous offers. But for our first title, I wanted to ensure that we would be under the best conditions. I've maintained for a while now a wonderful relationship with Sony, with absolute trust between us, which allows me to focus on the creative aspects. Working with another partner would definitely have required more time on the non-game development tasks. It would have taken time for contract negotiations, and I don't think things would have happened as quickly as they have to date. Working with Sony also afforded me a lot of freedom, and their support has been exceptional.
For example, if this had been with a "normal" company, right now, I'd be preparing a pitch for my game, we'd be looking for financing, explaining what we wanted to do. Like with a Kickstarter.
With Sony, of course I have to explain my plan to them, but they immediately told me "go for it, do you what you have to do." They offered me their trust. All the energy that would have gone into the project pitch, I could focus it on the creation of the project itself. That makes a real difference.