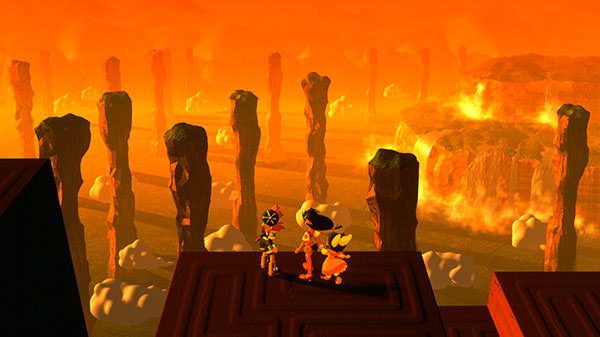 PS1 czy Saturn? Why not both!?

Here is the list of new and updated features Gung Ho provided us:

Note: This isn't an exhaustive list of everything. GungHo is still working on adding more features, which it will announce at a later date.

Mr ZURKON is here to KILL

When you look at Nintendo Switch, it only supports up to 1080p. The PS4 is now actually moving into 4K. If we actually tried to convert the original graphics to 4K, one, that’s too much work, and two, we are going to have to think about how we are trying to convert the visuals to 4K while keeping the original essence in it.