Delivered by their Authors, what these girls will weave is “the worst tale” ever told.

There is no concept of direction here.
Every last inch of this place is filled with books.
This world is called “Library”.
A space in which stories and words reign supreme.

These are all the voices of Characters from countless stories.
The cursed words of something inhuman.

They all share a single wish.
“The revival of my Author”.
For such a wish to come true, they must slaughter every other Character.

No matter what sort of ending such an act might bring…

SINoAlice is a dark retelling of classic fairy tales within an unsettling fantasy world inspired by the game’s creative director, Yoko Taro (NieR: Automata). The game follows several popular fairy tale heroes as they work together to traverse dangerous lands, battle menacing enemies and solve mind-bending puzzles to save the storytellers that created their stories.

Launched in Japan in 2017, SINoAlice is the first mobile game from director Yoko Taro. The game has earned acclaim for its impressive character design, climbing to the top ranks in the Japanese App Store where it currently boasts a total of over four million downloads. 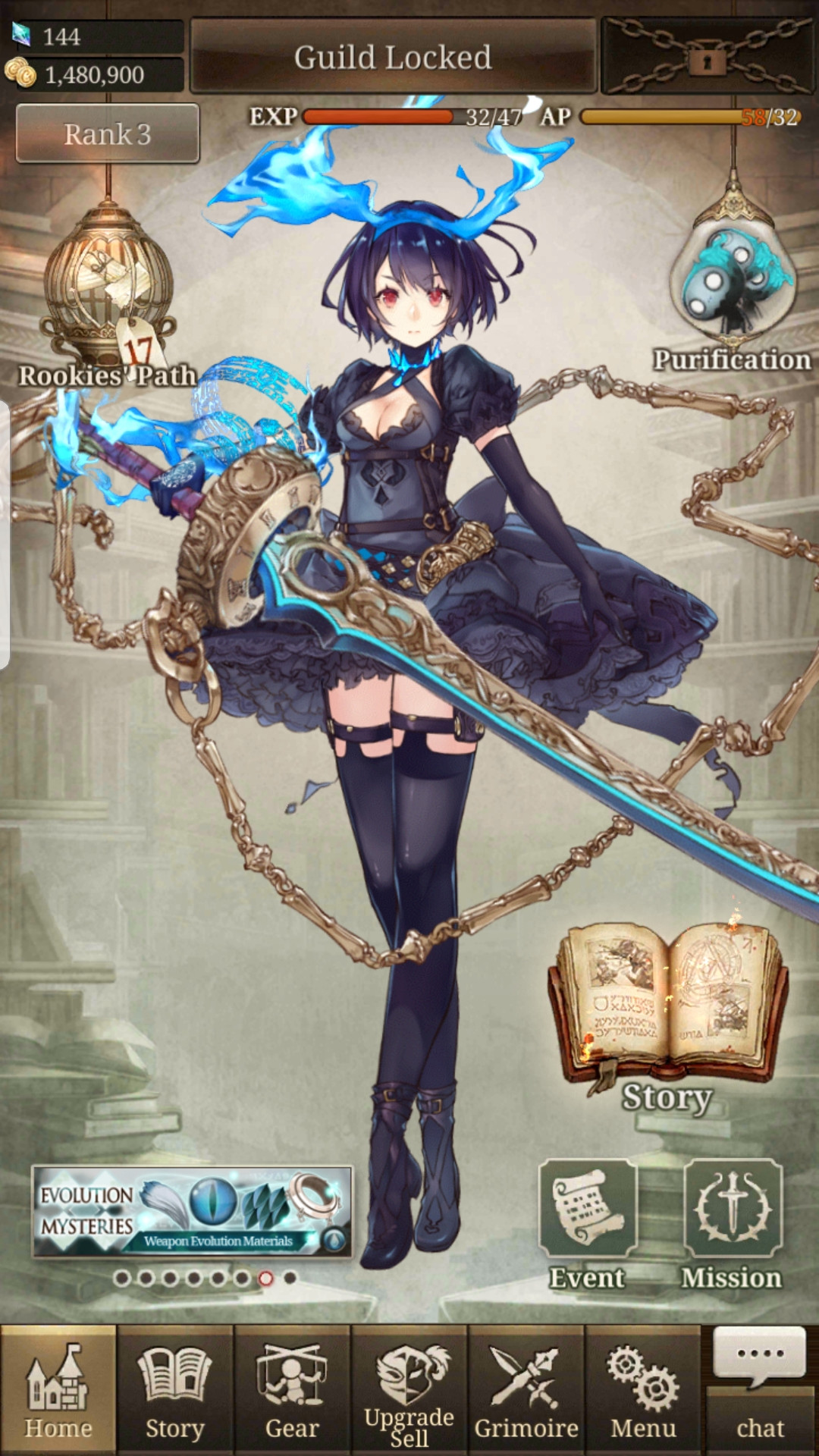 Was it your intention to go darker than the original fairy tales?
Yoko Taro: “I have no such intention. I, Yoko Taro, am dedicated to my mission to bring happy cheerful stories to my customers. Sure, you can call me a courier of happiness. So, there are no dark stories at all in SINoALICE. I’m quite proud that the stories are bright and peppy, so much that Disney would be green with envy.”

Which character did you enjoy writing the most?
Yoko Taro: “It’s my job, so none were enjoyable for me. I felt like a lowly laborer covered in mud, and as I typed my keyboard I was thinking ‘I want to get this over with and have a drink. Wouldn’t that be great?’”
…

It took over a year for SINoALICE to get its first male character with Aladdin… was this due to Yoko Taro’s hatred towards ikemen (handsome men) or…?
Yoko Taro: “The team told me to make a male character, so I did. But it seems he’s not very popular so I’m sure they regret it now. I actually like characters who aren’t popular.”

We still talk about the time Yoko-san was told that gacha games need to show more skin in order to make money, so he decided to put Dorothy a massive deep-sea diving suit for her Cleric Job that only showed a part of her face. Can you tell us more about that design?
Yoko Taro: “Mobile game devs tell me that swimsuit outfits make more money, so I should make one, so I made Dorothy’s aquatic outfit for her Cleric class, but the sales weren’t very good. The devs said, ‘not a diving suit like this! A swimsuit that shows more skin!!’ so I released Dorothy’s lazy bear minstrel class, but sales went down yet again. Who can trust these devs?”

Did you get in trouble for that?
Yoko Taro: “I turn 50 this year. Now that I’m an old man, I don’t get in trouble with anybody anymore. People just look at me from a distance, as a hopeless grandpa.”

Yoko-san, you’re known for drinking while doing some of your writing work, especially for the more emotional parts. Have you had much to drink for SINoALICE? If so, what’s your drink of choice?
Yoko Taro: “I drink beer, white wine, and whiskey soda. People don’t believe me when I say so, but I buy the cheapest one available at the supermarket. It’s because I can’t tell what anything tastes like when I get drunk…” 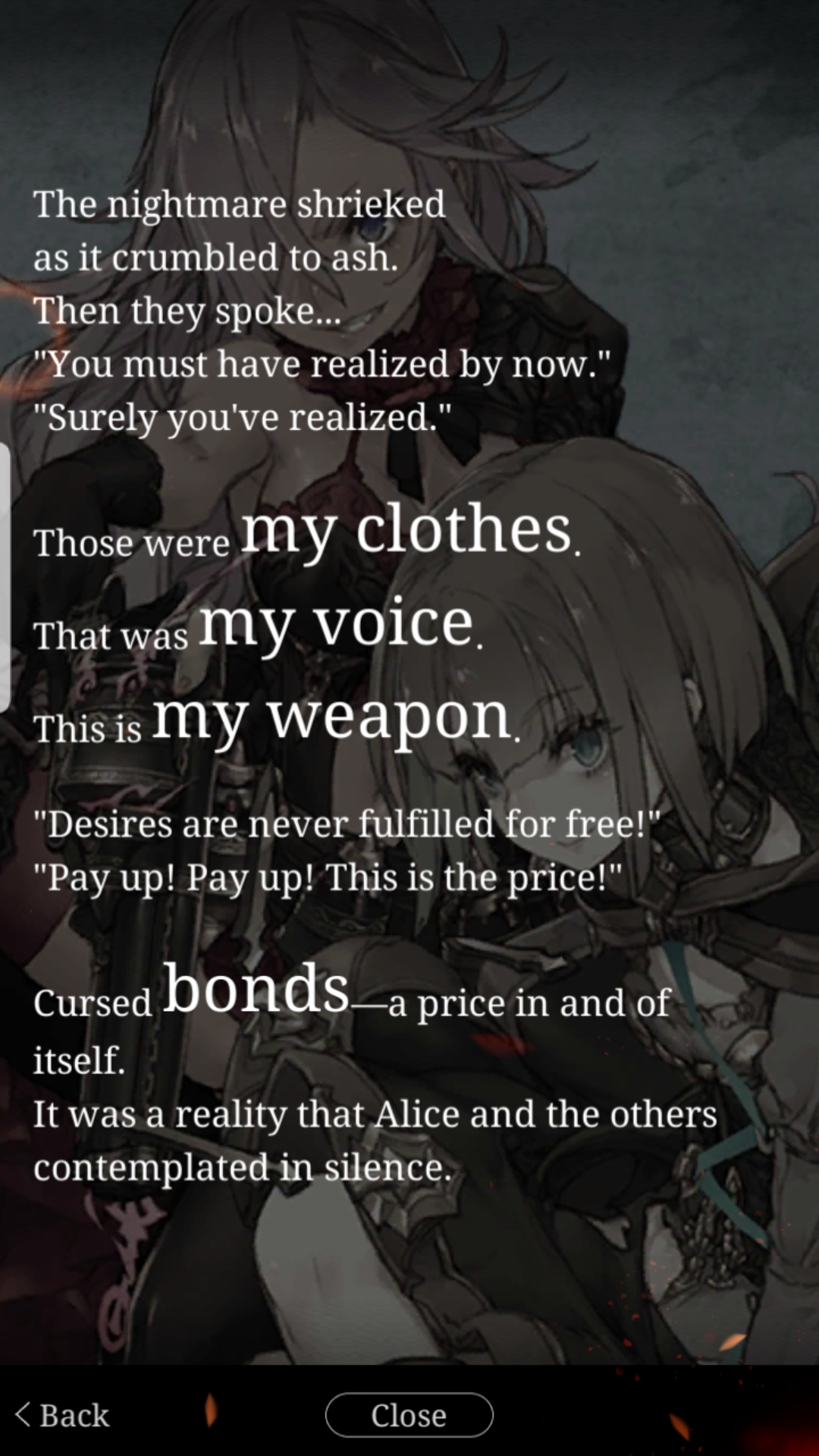 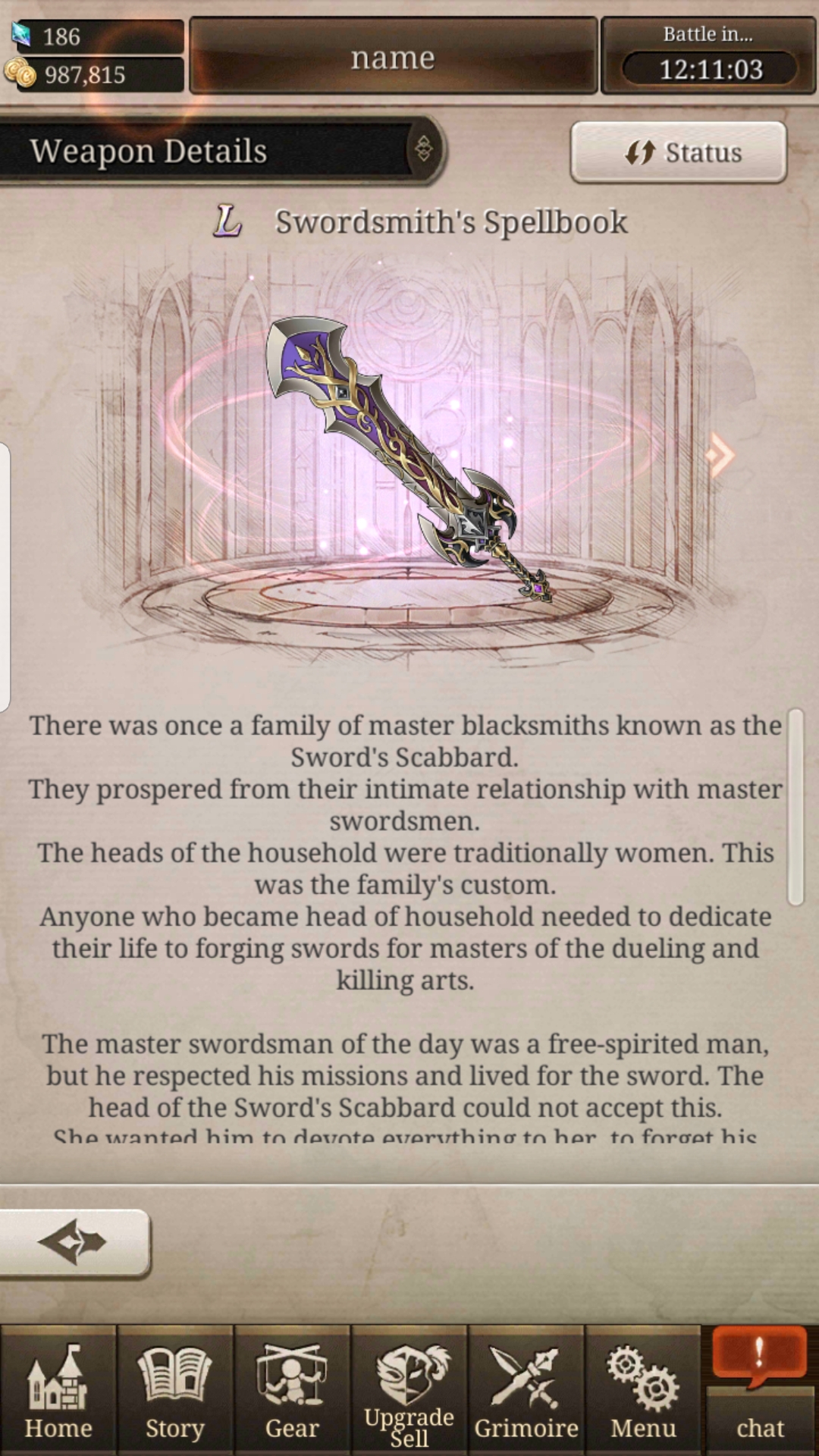 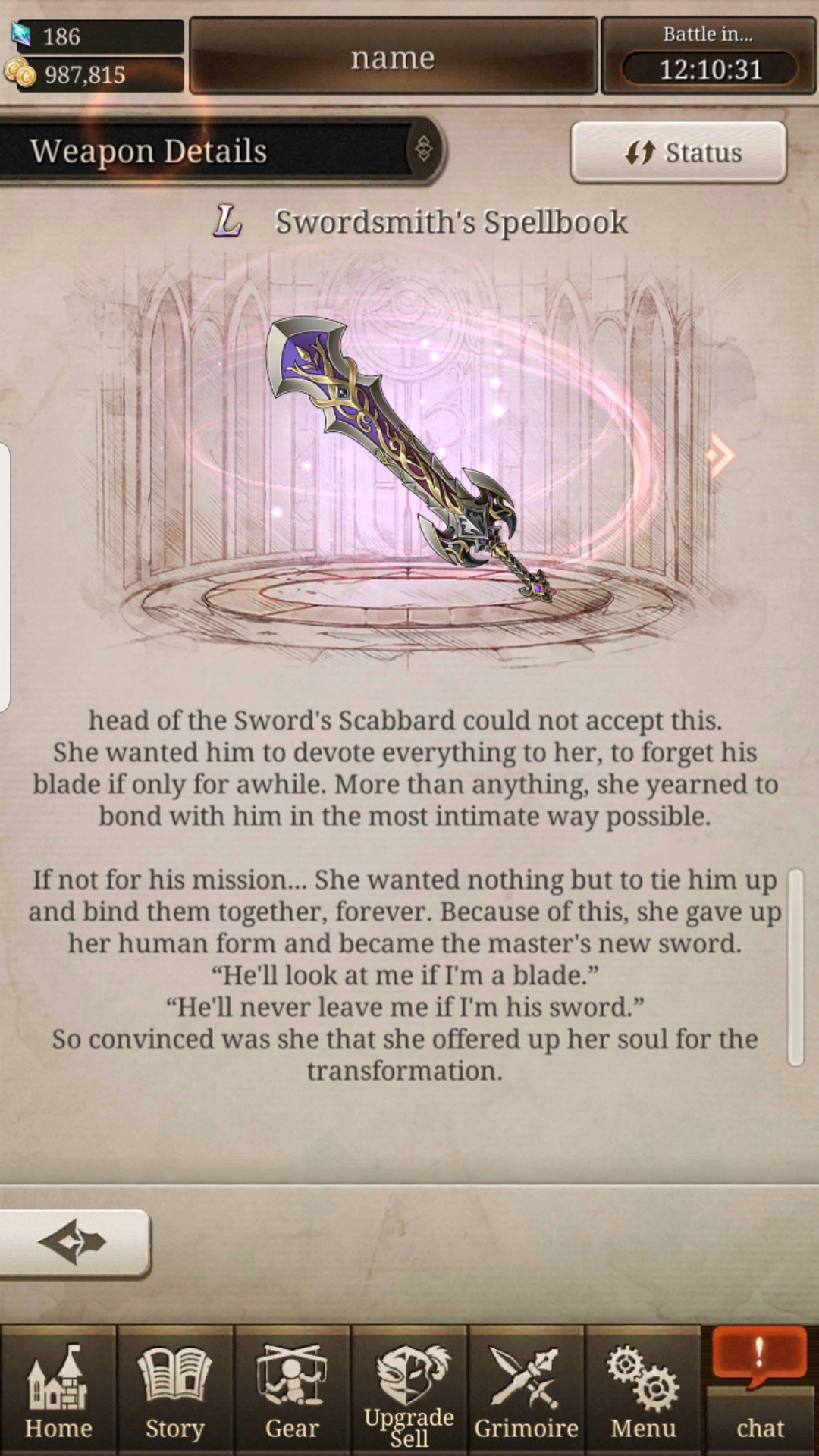 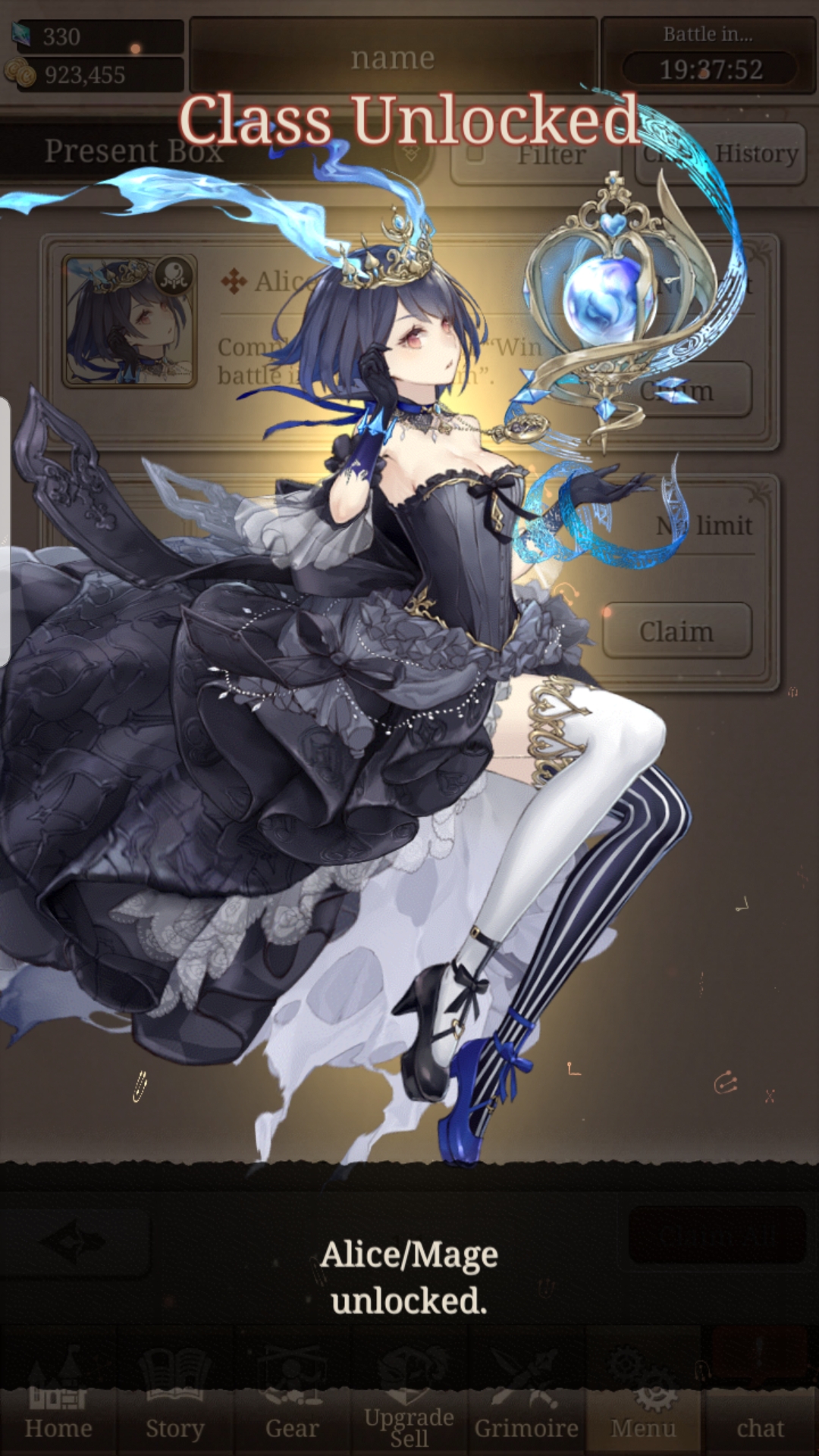